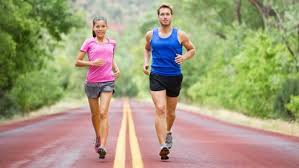 I’ve always been socially awkward from time to time, and okay perhaps more times than not, but it’s reached an all time high since motherhood. I blame it on my knack for being stuck in the middle and really, I’m just that of that shit now.

What do I mean by in the middle? Oh, well let me explain!

Given that most of my “age group” friends are not married, much less have a kid, my closest and dearest friends are a minimum- minimum!-of 10 years older than me. So what, that makes them about early to mid 30’s? Yeah, they have kids and careers and lives. No time for a petty college kid with a need to belong somewhere.

But look! I have a baby too! and we can bond and be BFFS!

Fortunately I can catch a much needed conversation or a good laugh with them every once in a blue moon because like I said, they have lives.

Which is not to say that my own life isn’t busy enough, because I really don’t need the Universe throwing more surprises at me. But busy doesn’t mean not lonely.

I guess I just don’t want to feel so out-of-place most of the time. My sister, Sieda, and I have the same friends, more or less, and she clicks with them. I clash. Loudly.

I try to stay “hip with it” and into the same things, but I can’t fool myself or anyone else for that matter. Essentially I’m a 40 year old in a 23 year old’s body. I’d much rather have coffee and read the newspaper or talk about the new kind of poop my son is squeezing out of his butt nowadays than browse Youtube or care for some stupid virtual farm on Facebook.

My almost obsessive need to find a BFF has gotten worse since I had Aiman. I know that for sure. I honestly felt a sense of pride when initiated into club motherhood, like I was a part of an exclusive club or something ( insert snooty laugh here). Next step was to find someone I could share my experiences with and have play dates and just do all this fun mommy stuff.

I did find a play group, but for reasons I’d rather not go into right now because it’s a whole other post, it didn’t work out. Perhaps the saddest part for me was that I found my night and shinning mommy friend. She was perfect. She was my age, so we already had that going, and our sons were a few weeks apart, so even they could be BFFs! I’m telling you, it was all perfect.

But what’s that thing? That thing ruins the hope in my life? Oh, yeah, my luck.

As my luck would have it, she completely disappeared. I know this woman is still in this city, but I haven’t heard from her in months. I called. I left messages. I was ignored.

Wench! (I don’t mean that towards her, it’s just a default word I say)

We met up for a play date once. Saw her somewhere else another time. And that was it.

You don’t understand how wild my imagination runs with the prospect of having someone I can finally relate to. We’ll go shopping together and leave our sons with their dads! I’ll give her Aiman’s clothes when he outgrows them! We’ll go to each other’s houses and sip coffee with our pinkies in the air as our sons run around! Oh such good times await!!!

She crushed my dreams.

Now I’m back to square one. Stuck with the “hip” and “in the crowd” scene when I’m as old of an old fart as they come.

So I’m posting a wanted ad.

Wanted: Mommy friend. Or any friend I sit around and talk about our kids, the weird noises our fridge makes, bills, or just the usual default conversation point, boobs.